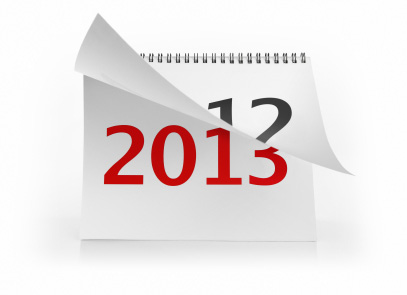 Here’s are my goals for October 2013. I really enjoy adding these updates. I recently ran the analytics on these posts and right now there aren’t many views, but I’m sure that will change as I continue to add more updates.

It’s more like a revised “to-do list” if you think about it. I Mind Map everything: Goals, plans, and ideas, etc. Sharing these goals is just another way to stay focused and on top of things… Keep them burned in the mind.

I’m still working with Logic, falling in love with it more and more. I’ve been thinking about swapping out some plugins. Notice I sad “swap” and not “add”, so I’m sticking to my word, keeping myself inline by keeping it thin when it comes to the plugins. Templates are coming along, still a little bit of work to do in that area, but coming along.

Project Blueprint For Beginning Of The Year

I need to set myself up for the beginning of the year. This generally consists of me running through my list of connections. I landed a pretty nice gig mid-last month, one that will allow me to pretty much do whatever I want sound-wise.

It’s going to take a month or so to get up to speed with the workflow, but it’ll be worth it. I’ll ask what I can and can not share on my blog as there was a pretty strict NDA. Probably one of the most strict I’ve signed.

I’m getting really close to that 1000 track goal I set at the beginning of the year. It was a huge new years resolution for me and one that I was a little reluctant to do, but hey I’m doing it. I felt there were 1 of 2 things that would happen,

Right now I’m sitting on exactly 788 music cues. If I keep going at the rate I’m going I’ll have a total of 1,064. I’m excited about this because I can crush the goal or I can pull off a little and spend time doing other things.

I can’t predict the future, hopefully, things don’t get out of control, but if they do, I’ll have a  little wiggle room.
Let’s talk about my huge stressor of last month (the sound design projects)

Oh man, I was so stressed about these projects, but I was able to pull through. 1 project’s deadline was pushed to November which gave me plenty of time for everything else. Clients were really easy to work with, that alone makes the workload easier imo.

A good % of what was needed I already had on my hard drives. There were a few things that needed some tweaking, but that’s nothing compared to starting from scratch and then having to revise later.

I like talking more than I do typing. I’ve always wanted to start a podcast and I think I’m going to move a little closer toward that goal in October. I’m going to have to build a schedule for it as I can see it getting a little out of control with all the stuff I normally have going on.

Anyway, those are goals for October 2013, what do you have going on? What are you shooting for?