Music Licensing Basics: As Music Creators, It Doesn’t Matter If You’re a Music Producer, Songwriter Or Music Student… You Need To Know This Stuff 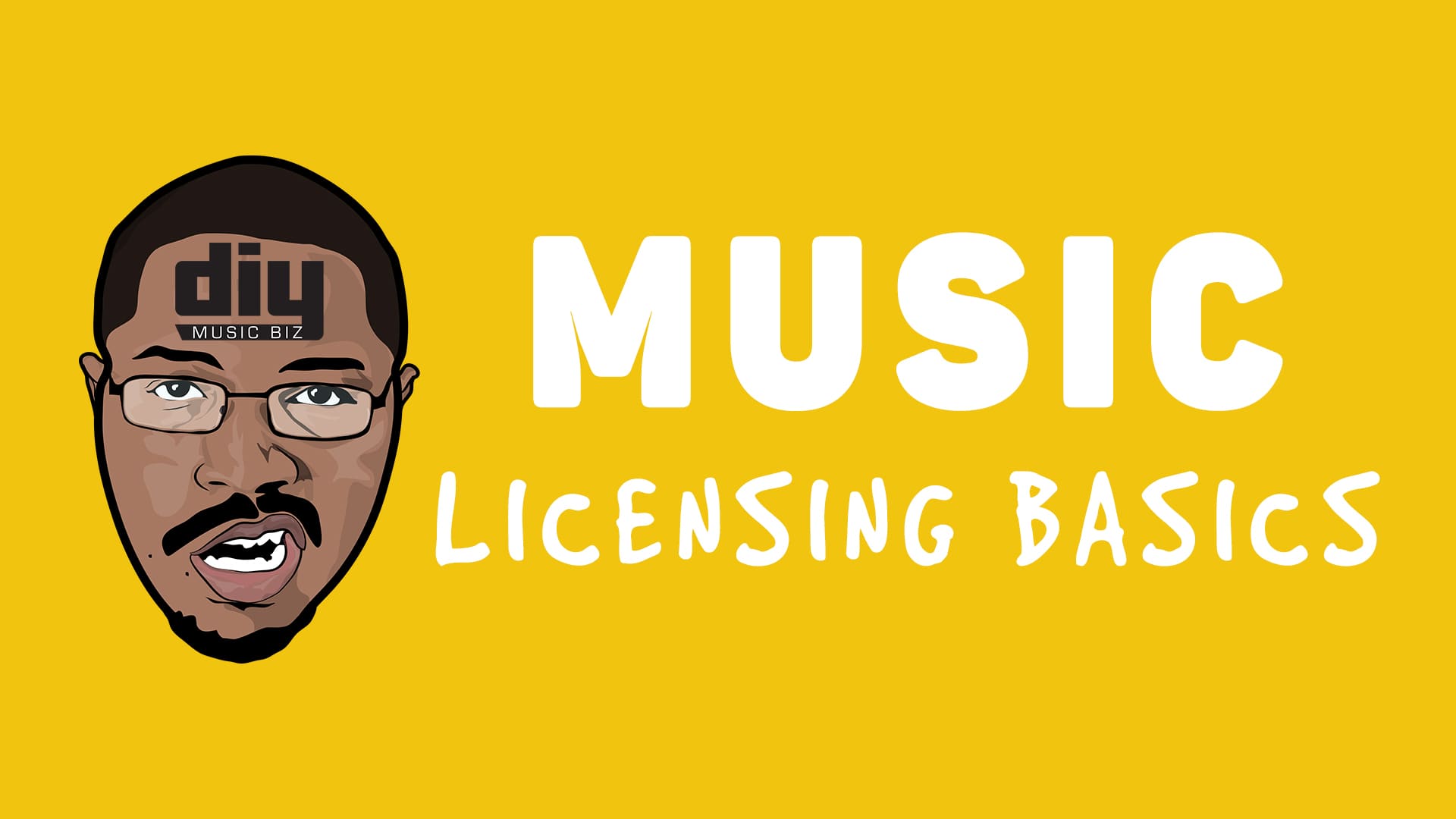 If you’ve been making music for a while, you’ve probably come across these terms a few times: Music Licensing, Sync Licensing, Sync, Tv Music, StockMusic, Music For Picture, etc. I’m sure you’ve seen ads stating it’s a viable way to make a living.

Truth is, Music (sync) Licensing and Directly selling to your audience are the only lanes really paying these days when compared to the decline of album sales and fractions of a penny you make on streaming sites like Spotify.

What Is a ‘Sync’ In Music Licensing?

A sync is short for synchronization aka music used within TV, Film, Ads, Youtube Videos, etc. Basically, anything visual. A ‘sync license‘ is a license granted by the licensor (composer/controller) to the licensee (the user). The owner (or admin) of the copyright is paid a sync fee upfront and royalties are paid on the back end unless negotiated otherwise.

If you haven’t assigned your copyright to a publisher, you’re the publisher by default and are entitled to two shares on the backend:

If you have assigned a publisher (3rd party) they’ll get 100% of the publishing side’s royalties. This is negotiable though, some will split the publisher with the writer or collect an admin fee only.

In many cases, the ‘sync fee’ is forfeited and the only pay is the backend. Whatever it takes to sweeten the deal, negotiating is key. That’s the beauty of the music business, everything is up for negotiation!

What Gear is Needed For Sync or Music Licensing?

The gear requirement isn’t much. With today’s technology, a lot of people have some sort of project studio or mobile production setup at their disposal. If you don’t and need recommendations here’s what I would suggest.

If you record vocals then add a good condenser mic to the setup as well.

Notice I mentioned Production DAW. What I mean by this is a DAW that comes with good mixing tools and fx as well as stock sounds (instruments). The two best I’ve seen over the years are Reason Studios and Logic X. 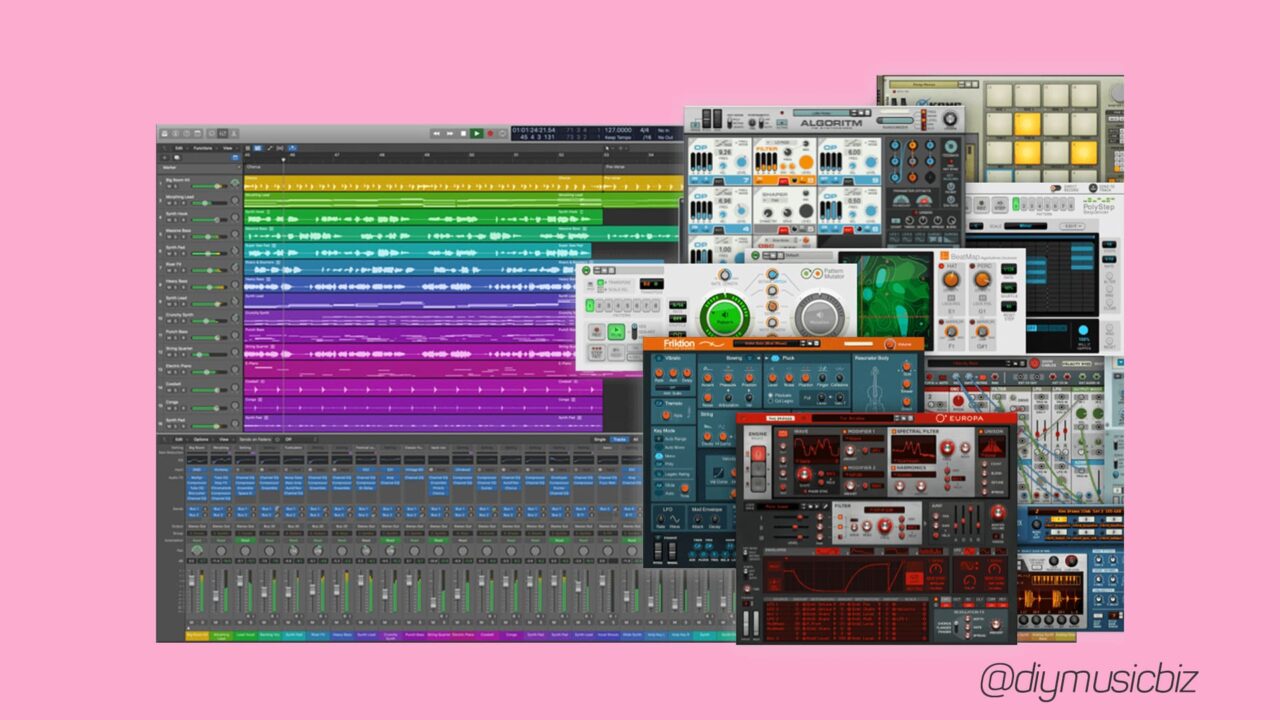 Both DAWS come with more than enough to record, track, compose and mix and master your music making it ready for sync licensing.

The rest of the gear doesn’t matter too much as long as you have something decent made within the last five years you should be fine. I still use a Focusrite Saffire 6 (USB) audio interface and a MacBook Pro (2011) just to give you a little perspective into how low tech you can go.

Where To Send Your Music For Sync?

Ah yes…The question that goes unanswered (a lot) when you first hear about music licensing is who to send music to. The people that you want to target are music supervisors and music libraries, with the latter being the easiest to contact.

Keep in mind that music libraries are also music publishers, but the popular coined phrase is music library.

Where To Find Music Supervisors and Music Libraries

The easiest way to find them is by looking at the end credits of your favorite TV show(s). You can also find them on Google. Open your internet browser and Google your genre as well as ‘music library’ and you will see lots of them.

From here, you want to take note of a few things in regards to the libraries.

Most importantly, their submission guidelines. Some require x number of mp3s others may require streaming links and there are still a few out there that accept CDs. Whatever their guidelines are, you want to abide by them.

What You’ll Need On The Business Side

Before reaching out to Music Libraries and Publishers or, Music Supervisors and decision-makers involved with the show(s), if you decide to go the direct route, make sure you’re signed up with a PRO.

A PRO is a Performing Rights Organization and they will be responsible for paying you royalties on a quarterly basis. Without a PRO you will not be paid royalties. I would suggest signing up with ASCAP or BMI as they are the easiest PROs to join.

Make note of your IPI number as it’s needed, along with your PRO affiliation for song registration. If you’re working with a music library, the library will handle the song registrations for you.

Pros and Cons Of Working With A Publisher

The best thing about working with a publisher and or music library is they handle a lot of the admin work allowing you to concentrate on what you do best…creating!

This is quite a bit to think about as you can see there are pros and cons. On one hand, you have a company that will do all your song registration the pitching of the music for and they have connections! On the other hand, the music publisher or music library will generally take the sync fee and publishing share of the generated royalties.

Lastly, most of the time you will not have a say in negotiations which means that they could negotiate a portion of your catalog as a Blanket License or Gratis License.

Side Note: Unlike traditional music publishing deals, exclusive music libraries control the copyright of the songs they accept for 3-10 years (most are 3-5). There are a few that operate like traditional publishers so pay attention to the terms you’re agreeing to.

Anyone Can Land Placements With Their Music

You just need someone to walk you through the process!

Both are good but there are some things to consider. With a non-exclusive library, most being Royalty-Free Libraries, you are allowed to submit the same song to multiple non-exclusive libraries this means you can spread that song as thin as you like and maximize the amount of money that you could potentially make with it.

With exclusive music libraries, you’re only allowed to have that song with one library, meaning you can’t farm it out to others.

This opens a can of worms in the perception department. With an exclusive library, I find that they actually pitch your music and vs letting it sit in a searchable database like most non-exclusive libraries.

Exclusive libraries also give their writers briefs. A brief can be looked at as insider knowledge. It’s a request outlining what TV Shows and Film Companies are looking for musically, with examples!

They care about the quality and the sync-ability of the music they pitch. TV networks like to work with exclusive more than non-exclusive libraries. There are various reasons for this but that deserves its own dedicated post.

This is not a get rich quick lane. Granted, some music creators will land good placements very quickly, others won’t. This all comes down to the need of the client which is something you can’t control. Some of the music you hear on TV/Film might not sound good to you, others might blow you away, but don’t worry about that.

What you want to focus on is who the music is for and what the music’s function is. If you can do this as you create, you will land placements.