When it comes to creating good music, you must have the right elements in place. The same goes for mixing music. It’s hard to present a good song without a good mix. It’s like having a great business idea, but not being able to articulate and or present that idea to investors. If the mix is terrible, the track’s potential is often overlooked and the same could be true for the creator.

Mixing music is similar to cooking – You can have all the right ingredients, but if don’t know what you’re doing, you can wind up with an expensive dish of yuck!

The same is true when it comes to owning expensive pieces of hardware and the latest and greatest plugins.

Mixing shouldn’t be a daunting task especially when it’s your music you’re mixing. Please, keep in mind these tips are from the perspective of a music producer who mixes his own work. With that being said, there are certain things that I’m able to control that I wouldn’t be able to if I were a mixing engineer tasked with mixing someone’s pre-recorded work that I had no involvement in prior to the mixing process.

That is an entirely different skill set in itself and I give kudos to those who have patience for it and excel in that area.

1. Sound Selection: Quality In Quality Out

In my professional opinion, this is where the mix starts. You as the music producer (creator) have the ability from the jump to decide how simple or how complex your mix is going to be. The better sounds you choose, the less mixing you’ll have to do.

Pick sounds that are

Picking good quality sounds will eliminate the need to use a lot of fx and processors. It’s, for this reason, most of them, like compression, will be left out. Don’t get me wrong, compression is great, but not needed with this simple approach to mixing.

Every sound in your track/song has information spread across the frequency spectrum. The goal is to go through each sound and remove the unneeded frequencies without ruining the sound in the process.

High hats don’t need low-end information majority of the time so take your high pass filter and cut away some low-end.

Basslines and kicks don’t need a lot of high-frequency content so use your low pass filter to cut away some of the high-end.

You want to be careful not to cut out too much information as this could result in a thin mix. The way to avoid cutting too much is to set your filters between 12 and 36 dB.

Early on I said to make sure not to pick more than one sound to occupy each frequency range. Well, sometimes you can’t help yourself so to remedy this or to simply make mixing easier and solidify your mix make sure you arrange the music so that sounds that ‘could’ clash don’t play at the same time.

When sounds that have the possibility of clashing are played at the same time one or both of them have to give up something to coincide with one another. This is generally done with EQ or Compression. By arranging them properly that’s less corrective work you have to do.

Why enter a traffic jam if you don’t have to?

So you’ve picked some good sounds, you have a nice track going now and it’s arranged. Now, it’s time to set your levels.

Listen to your song and take note of the most important sounds. Pull all your faders down to the point where you can’t hear them.

Peaks: no more than -3dB

I’m sure some of you may be wondering about LUFS. I don’t pay much attention to it until I’m at the mastering stage. Don’t worry, there will be a mastering post in the near future.

You want to give elements within your music a little separation (spread them out) and make the track sound wider and bigger. All sounds, although they sound good, don’t need to be stuck in the center. As a good rule of thumb to follow – the higher the frequencies are the further they can be panned and spread out in the stereo field.

The lower the frequencies the more you want those sounds to stay in the middle. How much you pan is determined by how you want your mix to sound. Some instruments might need hard pans, others 20 and 30%. Experiment and listen for what sounds best.

Mono mixing is a good technique to use to make sure that all the movements and mixing decisions that you’ve made can still be heard when your track is collapsed to mono. It’s rare to find sounds these days that are 100% mono so between your sound selection and your stereo Imaging you’re going to have quite a bit of stereo information to deal with.

What you want to do is find a mono summing plugin, place it on the master bus and initiate it. Some DAWs, like Reaper, have this feature built-in (no 3rd party plugin needed).

A/B your mix in stereo vs mono and listen for any sounds that disappear when put in mono. It’s normal to have sounds shift a bit, but if you notice sounds that duck down a lot in volume or vanish, this is not good and you’ll have to revisit your sound selection or take a corrective measure like subtractive and or additive EQ.

However, I’m sure you’ve taken my advice and chose good sounds as well as arranged the music well so that possible conflicting sounds do not play on top of one another. You did this right? Good.

Subtractive EQ: if you have two or more instruments that share certain frequencies that clash with one another, remove those frequencies from the sounds that ‘don’t need’ those frequencies. This allows the important sound to stand out where it should and the clash to be avoided.

Additive EQ: Sometimes there are no conflicting sounds in the frequency range where you want one instrument to have more presence. In this case, evaluate the sound and boost the frequencies that you need.

Raising the fader on the sound could work too, but then you’re raising the entire frequency spectrum vs the exact frequencies you need.

EQ is a really powerful tool and this tends to be one of the areas where people get a little crazy and do more harm than good. Most people will tell you to do more cutting than boosting and I agree with this for the most part. People will also tell you to never boost or cut more than 2 or 3 dB. That’s a piece of advice I don’t agree with.

It greatly depends on the sound you’re after, your source sounds/recordings, and what problems you’re encountering in the mix.

While the mixing process can be fun as well as frustrating it is important to take breaks otherwise you risk making poor mixing decisions based on the limitations of a fatigued ear.

The most powerful tool you have at your disposal is your ears. It doesn’t matter how much money you’ve dumped into your studio or how many fancy pieces of plugins and hardware you have. If you can’t accurately hear what’s going on, they’re useless.

The same goes for listening to and mixing music at loud levels. This should not be done for long periods of time as you risk fatigue and possibly damaging your ears. It’s okay to play the music loud for referencing to see where you are but for long mixing sessions choose a moderate level.

These sounds are already processed with effects and ready to go (most of the time). And while sound designers do a good job with designing sounds for us to use out of the box, they can’t compensate for how everyone will use their presets.

All plugins/fx can be overused and create a bad mix but I find that Reverb and Delay are the easiest to overdue. Too much Reverb And Delay will result in a very cluttered and ridiculously messy mix.

Reverb is good for making instruments bigger and giving them space. Think about how it sounds when bouncing a basketball in an empty gymnasium versus outside. With those sounds in mind, a secondary clap might sound good with a gymnasium-sounding Reverb but every instrument would sound horrible using the same Reverb especially using the same level of intensity.

The same needs to be done with Delay. You want to dial in how much delay is needed as well as how fast the delay happens (½, ¼, ⅛, etc).

Note, some sounds, depending on your track, won’t need Reverb or Delay. Just because it’s there, doesn’t mean you have to use it as is or at all. So keep that in mind. Sometimes, I’ll kill the fx on the preset and add my own 3rd party fx on the sound. I’ll save that process for a more in-depth conversation.

What About Flanger, Echo, Chrous (Other Time Based Fx)?

I left these out purposely because they are all different types of Reverb and Delay so the method for controlling/altering them is the same, plus I want to keep this post as simple as possible.

Smartphones are generally incapable of generating subsonic information, this is your deep deep low end which will translate well in clubs and on systems with subwoofers, but you also want to make sure that there are enough higher-end frequencies in the bass so it translates well on smaller on speakers.

One way to check is to use a software application like SpeakerSim (By NoiseAsh).

It would be great if every consumer could listen to music the way that we do (monitors) but that’s not the case. The majority of consumers listen to music on subpar speaker systems and the way music is going now (has been for a while) more people are using smartphones for music, video games, videography, etc.

So you definitely want to make your mix compatible with devices consumers use on a daily basis.

Thanks for sticking around (and reading) I hope this has been of some benefit to you. If it has, please pay it forward and share this post with others. If you have a mixing question, feel free to email me via my contact page. 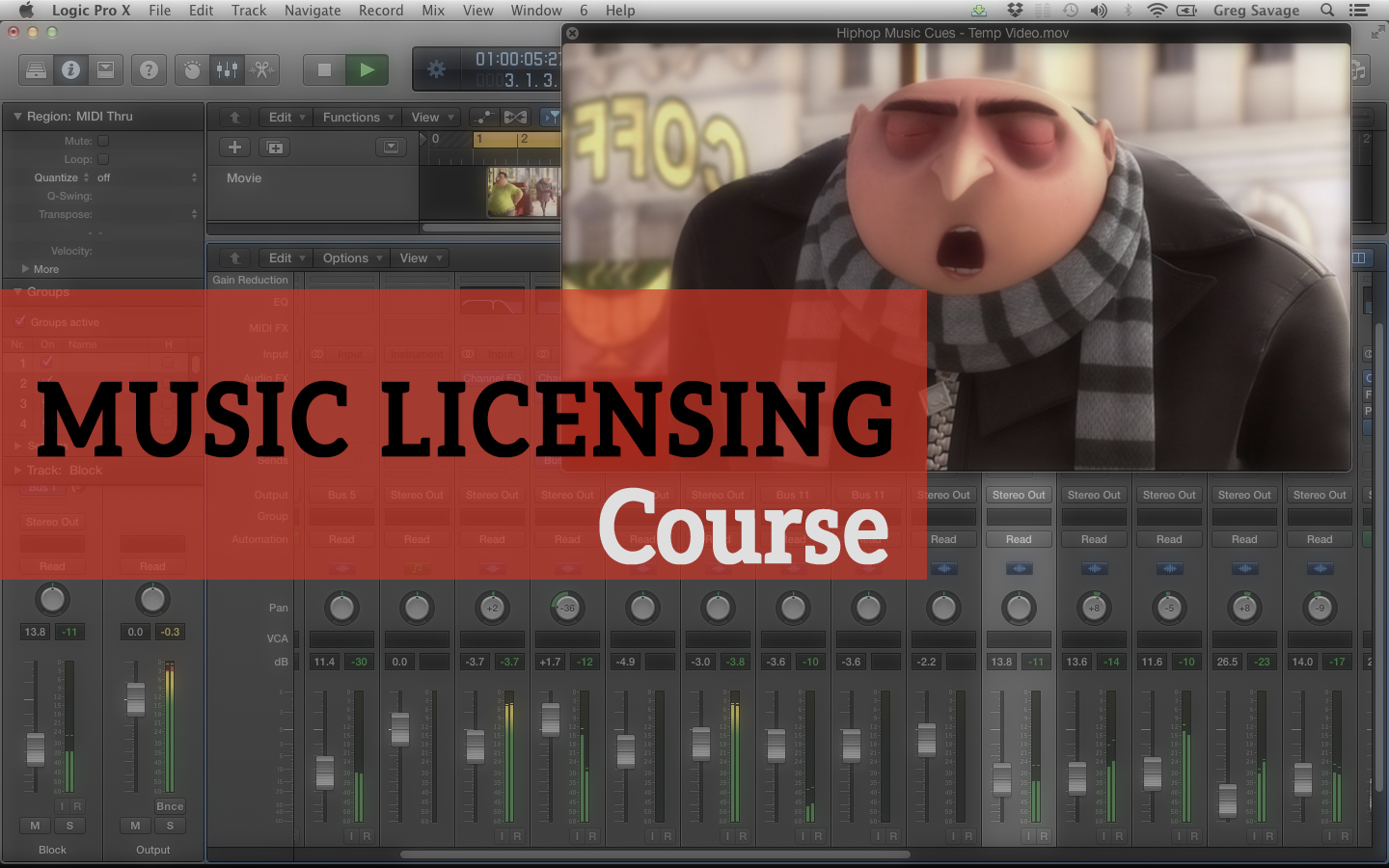 Music Licensing Course: Get Your Existing Tracks Placed In TV/Film

Aaron Davidson took my advice and lengthened his music licensing course to 180 days. This gives students more time for...

If your music is suffering from poor mixes, it's time to step your game up!