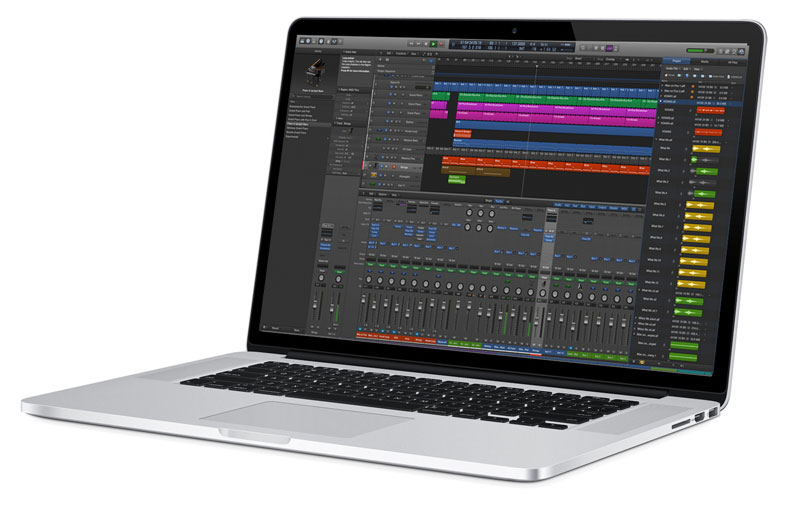 The world of audio is very inexpensive these days. What use to require $15,000 can be obtained for less than $3,000, thanks to technology. The problem with this is the number of options we have, it’s just too many.

I’ve lost track of all the companies that offer; all in one solution, daws, plugins, instrument banks, samplers, etc. Hardware is no different and hybrid and mobile recording setups are on the rise. This makes decision-making complicated.

So complicated that people often switch setups every few years, because some company claims their work-flow is new and improved, innovative, auto this, auto that, rubs your back, etc.

Once you find something that works life is great. But, what happens when you jump into a field and your production setup doesn’t cut the mustard?

Is it back to the drawing board?

Yes, I have more than 1. Over the years I’ve accumulated and adapted to many different hardware and software solutions. I’ve gone from classic setups (Mpc 3000 & Triton) to all software → Daw with just about any plugin you could imagine. Here’s a partial rundown of my production setups, what I actually use.

Occasionally, I may swap Reason for Maschine or Spark or maybe even the Mpc 3000 for the 1000, but it’s all the same.

Why different setups?:
For a change of pace and to keep me creating. There are times where I’ll use just the Mpc 3000 and nothing else. I go with this older setup to get me back on track. “Keep It Simple Stupid” and I don’t think it gets any simpler than an old-school sampling workstation.

I use 1 application for 99% of my production… Reason. I’ve been using this application since version 1.0. It’s the application that made me switch from my Mpc 3000/Korg Triton setup… Crazy right?

I use Propellerheads Reason for everything; sound design, music composition, stingers, bumpers, sound FX… Everything. Any style, genre…EVERYTHING!!!

So Why Leave Propellerheads Reason 7?

Reason’s a great program, even with its lack of plugin support and long overdue updates. I stayed with the franchise because of the stability and workflow. I know the program like the back of my hand.

Lately, I’ve been going after more projects in the film and video game industry. Great industry btw, and the more projects I land, the more I realize; Reason doesn’t cut it. It doesn’t support video… of any format. Totally lacking in the music to picture world.

I hate opening Reason then having to open another app just to view the video. Someone mentioned ‘rewire’ as an option, but what’s the point of rewiring? I might as well just use the Daw. I just want 1 application that allows me to import video and compose around it (score it) in real-time, that’s it.

If Propellerheads ever incorporates this feature I’d be back on the ‘fan wagon’, but until then, I’ll have to move on.

Crossing Over To Logic Pro X

It’s going to be a real pain having to rebuild all my templates and sound patches. I cringe just thinking about it. I fear becoming a plugin whore (once again!). The last time I use a daw for production, I ran everything. I’m talking the entire line of whatever was popular.

I spent more time experimenting than I did getting work done. My productivity was hot dog water, seriously.
I had to have the latest; waves, NI, IK Multimedia, etc. If a company came out with a product that rivaled anything good, I had to have that as well.

A plugin whore, that I am 🙁

I’ll have to do some serious thinking about what I need vs those that are just nice to have access to. Here’s what I’ve come up with so far.

That’s what I have so far and it already sounds like I’ll have too much. I might trim it down by picking specific plugins from each company. I’ve spent the last week getting familiar with the new features in logic.

I’ll spend a little time mapping out hotkeys to resemble what I had in Reason and Digital Performer (when I used it). I’ll also spend some time converting my old templates over to Logic. It might even be smarter to create new ones from scratch as the sound is starting to change a little, plus it’ll help me further familiarize myself with a good workflow.

Any reason users out there in the same boat? If so, how do you manage? What do you like about Logic? How do you feel about X vs Pro 9? What are your favorite, must-have, and or go-to plugins?