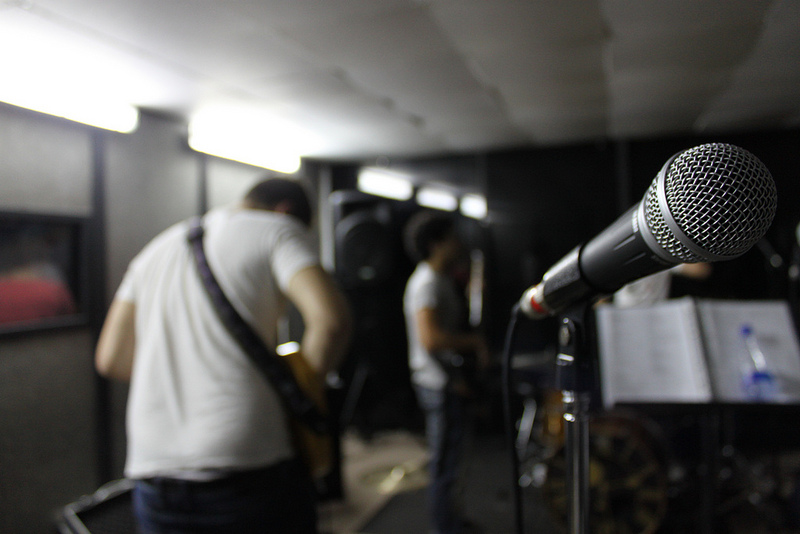 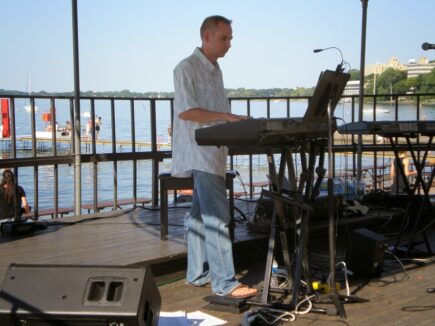 Whether you’re new to playing live or you’re a gig veteran, you’re not immune to some of the common pitfalls of playing live. In this post, I’ll describe how to avoid some of the downsides of live engagements.

I have assembled groups and booked gigs, but I have primarily played keyboards as a sideman in the 25 or so bands I’ve been a member of since 1994. I have played regularly in Indianapolis, Nashville, Chicago, and Madison WI, and I currently play regularly with 2 jazz groups in the Madison area.

In part one of my two-part post, I’ll explore several topics and will share my experience with leading a band, booking shows, promoting, working with live sound engineers, getting paid, and writing contracts.

With that, here are some key concepts followed by some comments based on my experience:

When I toured professionally in Nashville, I was a member of the American Federation of Musicians. For each of our live TV show performances, we named a different band member as a bandleader. This was so that person could collect a larger paycheck through the union as a leader. I think this is a good idea, but you don’t want to rely on it and you should beware of the possibility of getting shorted.

For example, say there are 5 members in your band and you end up doing 4 TV dates in the calendar year. Simple math – one person isn’t going to get leader pay. The intentions were good but one band member never saw the payday that the other band members saw. That sets up the potential for resentment within the band which can be toxic.

If you’re touring as a sideman for a major label artist, consider setting a goal for yourself to eventually become a bandleader of that or another band. This helps to develop your leadership skills and will open the doors to a multitude of opportunities. Touring with major label artists allows you to play with some of the best musicians in the world.

Relax, You Did Everything You Could Do

If you’re the band leader and you book a show, on the day of the gig make sure you designate some time before the downbeat to get yourself into a music frame of mind. I have found myself struggling through the first couple of songs because I was still thinking about how I’d find the agent after the gig to give her back the parking passes, how I’d forgotten to get enough cash to pay the sub after the show, that I didn’t have time to eat dinner before the show and I wondered if I’d be able to eat before 10 pm, etc.

These are not the kinds of thoughts you want running through your mind as you play your first solo. For me, all it takes is 10 minutes of silence and privacy to get into the musical frame of mind. At crowded venues this is hard to do – sometimes a bathroom stall is the most privacy you’ll get – but it works.

Promote, but Don’t Spam Your Fans

Take the time to promote your gig on Facebook and Twitter, but don’t spam your followers. Be sure to tag the venue and/or the booking agent in your post so that they’re aware you’re promoting too. It’s also a good idea to list the gig in the entertainment section in the online edition of your local newspaper and/or TV station websites. The listings are almost always free.

A couple of years ago, I discovered that the community editor for one of our local newspapers noticed one of my listings and he wrote a short piece about my upcoming show in the events section of the newspaper. It was an unexpected promotional boost ahead of the event and as an added bonus I was able to link back to the article in my social media posts.

Everything Is Negotiable (Remember That)

I’m a firm believer that all bars and restaurants with live music should provide at least some food and/or beverages to all of the musicians. Sadly, in some bars and restaurants, food and drink is the only form of “pay” you’ll receive – no show pay, just a $25 gift certificate, and maybe some free tap beer. These venues clearly don’t value your time and services, they just see you as a way to keep warm bodies at the bar for a longer period of time.

Some venues do buyouts (a small amount of cash per band member instead of food/drink) but usually, they won’t do this for you unless you ask. It doesn’t hurt to ask – the worst they can say is no? If you don’t get what you wanted in one area, ask for something in another – for example, a small bump in pay for the next gig. Everything is negotiable.

One of the best outcomes of good negotiating is that it shows that you take your profession seriously and that you and your band acts accordingly. Also, make sure you understand how and when you’ll be paid. If you are the bandleader, keep enough cash on hand to pay your band once the gig ends in case the venue pays you with a check.

I have had to run to the ATM after a gig so that I could pay my band when the venue unexpectedly presented me with a check. I recommend that band leaders sign up for Square since some venues might like to pay via credit card, plus with Square, you no longer have to wait and worry about a check clearing.

Money In The Bank

It’s a good idea to ask the venue for a deposit, especially for one-off private events. When signed contracts aren’t present, I look at a deposit as earnest money. It shows the buyer’s good faith in the transaction. I think it also makes it harder for either side to back out of the deal.

Cancellations are a pain, but they do happen. So far it has probably occurred to me less than 10 times in my career. If you’re the band member, there’s not much you can do to prevent the cancellation nor is there an avenue of recourse if it’s not your fault and you don’t have a contract.

Usually, the gig is just rescheduled, but I have seen gigs get canceled when the venue suddenly decides they’d like to have another band for that particular night. It doesn’t happen often, but it does happen. Stay away from venues like this. If you have a contract, specify a cancellation period with the full final total payable to you in the event of a cancellation.

Avoid gigs where the sound engineer is paid first followed by the band. There shouldn’t be a pecking order because it usually means someone is about to get shorted. In addition, the crowd didn’t pack the bar to see the sound guy, they came to see your band. Great live sound engineers are hard to find and are worth their weight in gold, but if you’re stuck doing a gig in a mediocre venue with a mediocre engineer that’s paid before everyone else, make that the last gig you ever do there.

I hope you found this information useful. Stay tuned for part two, and feel free to contact me with questions or comments. Thanks to Greg Savage for posting this and for continuing to provide valuable information for composers seeking commercial placements.

Steve Banik, professionally known as STACKTRACE, is an American hip-hop producer and musician from Madison, Wisconsin. He is best known for his keyboard harmonies, atmospheric synths, and creative uses of sampling. From 2003 – 2006, Steve was based in Nashville where he was the touring keyboard player for several major label artists. Steve is the founder and owner of Stacktrace Music LLC, a music production, engineering, and licensing company.