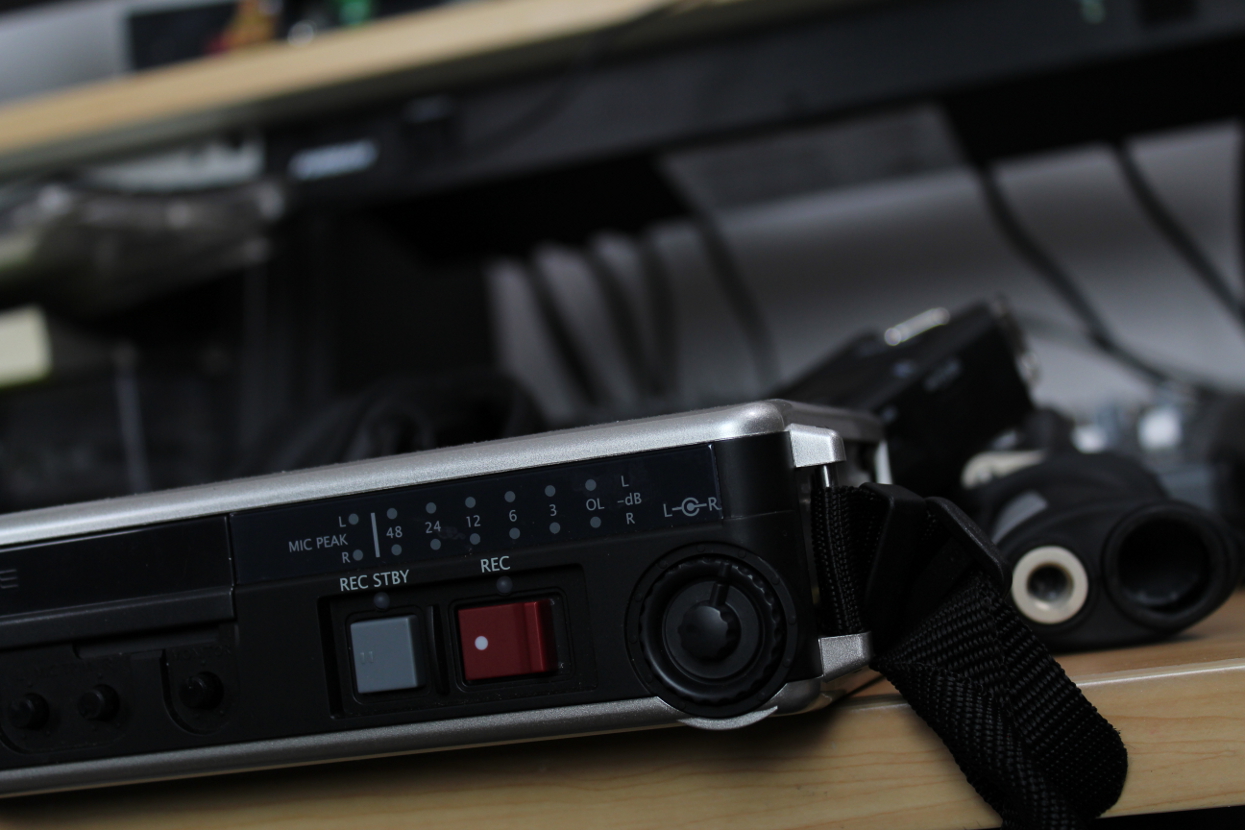 I got a little distracted from this goal with my Logic Pro transition, but now it’s time to get back on track. Earlier this month I made an announcement about my goal to record 500 new sounds in the month of August. I’ve received 22 emails asking what I’d be recording, my answer → “a little of this.. a little of that, depends” – I don’t think I could have been any more vague. The truth is, I wasn’t sure. There are tons of things I could record:
My Blender Cutting Up

So last night, I made a little mind map outlining my plan of action and this is what I’ve come up with.

I know to some of you this seems pointless, but trust me, I’m not doing this ‘just for the sake of recording, there’s a purpose behind the goal.

Source Material: Can Never Have Enough

As a sound designer, I need source material to build from. If I’m creating a car accident, I can’t just sit at an intersection with a mic in hand hoping someone wrecks. Even if someone did, it wouldn’t sound very interesting. It doesn’t sound the same way it does in games or movies.

In order to make it sound good, you have have to have control and in order to have to control you must record everything 1 by 1.
I’d have to record myself taking a sledgehammer to the following

Gotta destroy the car piece by piece
After that, the sounds are mixed/meshed together to create an awesome car accident.

Now I can’t give any specifics on the projects because of things called NDA’s or Non-Disclosure Agreements which basically state that I can’t share project details or I could face a lawsuit or get cut from the business opportunity or worsts → both.
In a nutshell, I’m being hired to supply companies with sounds. A couple were very specific in what they wanted, others will take whatever I give them. I love having that creative control because it = less ********.

I’ll be paid upfront for 3 projects which is excellent. The others will be more of a back-end kinda thing. Still good, but not as gratifying as upfront payment. I don’t like speculating, but I see an extra mid 4 figure income boost coming from these projects.
So that’s what I’m working on and the more sounds I have the better!

Most of my experience as a sound designer falls within the constraints of controlled environments. Foley, synthesizers, workstations, hardware units, applications, etc. All that stuff is easy because I don’t have to fight noise etc.

Recording sounds outside is where I need more experience. In a perfect world, I could capture the sounds of live fireworks in my home. That’s something I’m not set up to do, so I have to record them outside. The same goes for; car noises, gunshots, animals, random crowds.

With this type of recording (field recording) comes unwanted noise. Sadly, noise is something you have to learn to workaround. It takes practice, it takes patience and it takes skills. The more experience I get under my fingernails the better.

I figured I’d start with something simple, so I went to the dollar store and purchased glass bowls. What I plan to do is break them on various surfaces and with various objects.

I also plan on sprinkling the shards over random objects: dustpan, concrete wood, metal, tin foil. What’s cool about the bowls is they are very inexpensive, less than $1.00 each (88 cents). What’s even funnier is they’re worth more to me broken 🙂
Kind of like that saying “Worth more dead than alive”, but less morbid.

Recording Devices
Fostex FR2 LE: I got this recorder on eBay for around $300, it normally retails for about $500-$600. It has 2 mic inputs, the preamps are really clean and it connects via USB for transferring files. There is an option to transfer files using a flashcard, but I rather use a USB.

Tascam DR40: Cheap hand-held recorder. I purchased it for $130 brand new (on eBay), it also has 2 mic inputs. It’s important to get the gain staging right otherwise introducing noise becomes an issue. The noise can be cleaned, but best to avoid as much noise as possible.

Microphones
Rode NTG1: Nice little shotgun microphone, got it for my birthday, I love it. Shotgun microphone(s): I have 2 of them, built from actual shotgun shells. More on this another time. The story behind it is pretty interesting.

Shure SM58: Actually, mine is a knockoff from China. It’s called an APA 101, I’ve had it for a little over 10 years, still works like a champ!

So, with that said, source recording here I come!