ASCAP or BMI: – What’s The Difference Between ASCAP and BMI – You’ll Need One To Collect Royalties 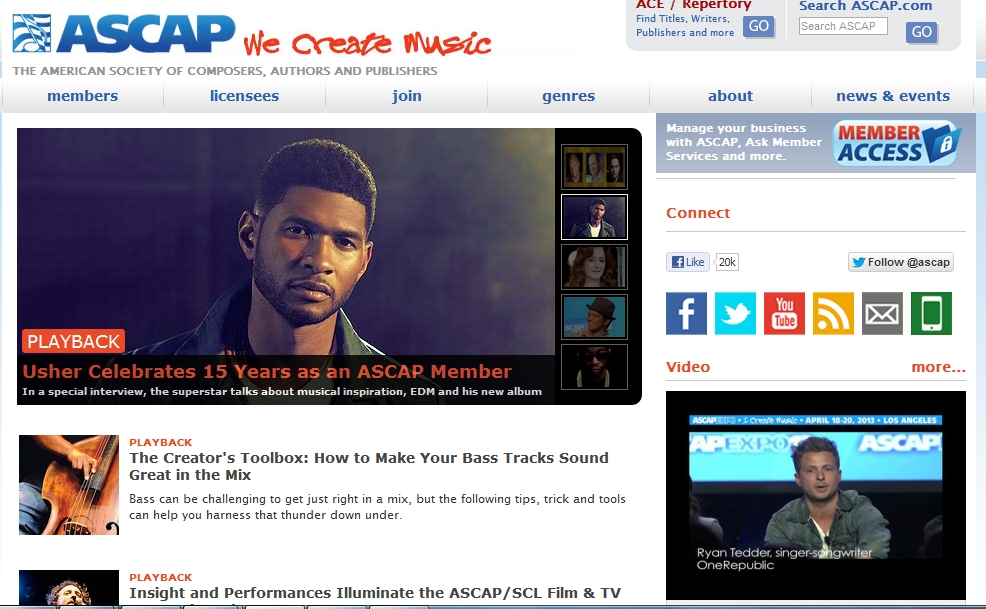 ASCAP or BMI, which is better? We can all agree this is a popular question amongst many artists, producers, and songwriters who are new to the business side of music.

As a music creator, you may have stumbled across an article, video, or some type of seminar that spoke about an artist or producer getting their music placed within Film or TV sometimes even video games.

From there you conduct research and find that you need to be signed up with a Performance Rights Organization (PRO) in order to get paid (collect royalty payments). That research will lead you to 3 (or 4) organizations:

All of these Performing Rights Organizations do the exact same thing, but slightly different. In this post, we’ll focus on the two music makers are most like to sign up with and that’s BMI or ASCAP. Both GMR and SESAC are invite-only at the time of this writing.

In short, you need one in order to get paid/collect performance royalties.

Which is best for me BMI or ASCAP?

So you continue researching only to find yourself confused by the hundreds of articles and debates involving the two organizations, but no definitive answer on which PRO is better between ASCAP and BMI. Does this sound familiar?

In order to have a semi-accurate answer, you’ll need to track a broad portion of users from both PROs (which isn’t realistic). You need data such as the number of gigs, which venues, times cue sheets were sent, radio stations and or TV/Film companies that licensed the music, times of airplay, length of airplay, etc.

Before I go into the Pros and Cons of each PRO, I’ll explain what a Performing Rights Organization is and why you need to be signed up with one.

A Performing Rights Organization (PRO for short) is a company whose sole purpose is to collect its member’s royalties. These members consist of, artists, composers, producers, publishers, etc.

Once the royalties are collected, the PRO takes their fee and then sends the remaining amount to its members:

ASCAP & BMI collect royalties from establishments such as Retail Stores, TV Networks, Video Game companies, Film Companies, Restaurant Chains, and any other franchise that uses music in their place of business.

The method of tracking this activity is done through the use of cue sheets and digital monitoring.

What Are Cue Sheets?

Cue sheets are documents that outline: songs used, the owner of the song, how long the song was used, when, by who, and so on.

It’s similar to an invoice. Once that cue sheet is filled out it has to be sent to the respective PRO(s). Pretty high-tech tracking method right?

Unfortunately, these aren’t 100% accurate. Clerical errors are made all the time (easily corrected) and some licensees (users) can be late sending their sheets in, thus delaying Royalty Payments. It’s a headache at times, but this is how the Music Business works.

Feel free to ask me any question(s) you may have about PROs and how they operate, this is an ever-changing field and some things can be complicated. 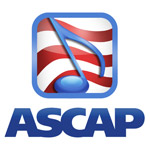 ASCAP stands for “American Society of Composers, Authors, and Publishers”. It’s a performing rights organization that contains over 700,000 members throughout the United States. ASCAP was created in 1914 by a group of writers/composers and to this day, is still operated by its own members. In fact, it’s the only PRO in the US that is run by its members, and board members are elected from within.

ASCAP’s primary goal is to make sure its members are compensated for the use of their creations (MUSIC in our case).

Some of the biggest artists and producers in the music industry are affiliated with ASCAP.

Here’s a shortlist of ASCAP Members:

How Much Does ASCAP Cost?

ASCAP has a one-time Membership fee of $50.00. This can seem expensive for some and trust me, I understand. You’ve already spent money on your recording time, recording studio gear as well other things, and here comes another fee or expensive you have to pay. It seems like everyone wants your money at this point.

In my opinion, the $50.00 fee is worth every penny spent and they offer some great benefits. Oh, and $50.00 is a tax write-off if you have your business set up correctly and have a good tax professional in your corner.

There are a lot of good benefits to being a member of ASCAP such as hotel discounts, medical insurance, gear insurance, gear discounts (fun), etc. The most beneficial perk IMO would be the WORKSHOPS. I like to flash my ASCAP card whenever I rent a car, go on vacation, check into a luxury hotel, etc (discounts baby).

What I love about these workshops is the people! You get to network and shake hands with a lot of people in the music industry. The panelist generally has a lot of great knowledge to share but depending on who the panelists are does make a difference.

I remember the 1st convention I went to, I met a young woman (16yrs old) who made living scoring video games and placing music in TV commercials.

She had over 1,000 placements, knew no music theory, and did everything using SONY ACID and her laptop. Most of the room was full of people just like her (all ages) and I hadn’t heard of any of them!

They weren’t superstar musicians/writers, but they pulled in a good income doing what they loved, making music.

Cons Of Being An ASCAP Member

Here where it gets a little sticky. How could anyone have anything bad to say about a company set out to ensure that you get paid? Well, unfortunately, ASCAP pays based on a ‘sample survey’. Meaning if your music wasn’t utilized when they conducted their survey, you don’t get paid for the music placement(s).

This would be the equivalent of clocking into work, your manager sees you working but doesn’t pay you because he didn’t witness you clock in when he did his rounds.

I hope ASCAP changes this in the future as it’s a great disservice to their members… Especially us music creators who aren’t superstars. 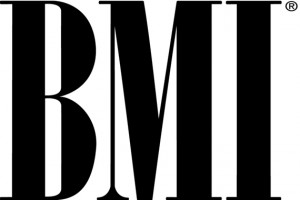 Broadcast Music Inc, also know as BMI started in 1939 as a competitor and alternative to other performing rights organizations. BMI has over 500,000 members within its organization and is continuing to grow. Like other PROs, BMI collects royalties for its members, takes a small percentage, and sends the rest to the member(s).

Some popular writers associated with this organization are

BMI is free if you’re signing up as a writer: Singer-songwriter, Producer, or Music Composer. To sign up as a publisher with BMI you’re looking at paying $150.00.

BMI offers some pretty nice benefits such as discounted services, insurance, education, healthcare plans, financial assistance, and so on. If you’d like a complete detailed list of benefits head over to BMI and take a gander.

Amongst the many benefits, BMI offers the #1 that stands out to me is the conventions. Like ASCAP, their conventions are informative and a great place to network. Over the years, I have found BMI’s conventions to be a little bit better.

In my opinion, the only thing(s) you should be looking forward to is shaking hands, meeting new people, and getting a different outlook on the business.

You’ll want to have a business card, dress to impress, and have an open mind. Remember most people at these conventions are where you’re trying to be (depending on your level of experience) so attend as many as you possibly can.

The 1st time I went to a BMI convention I was unprepared. I didn’t have any business cards,  a website, or anything. I wasn’t even dressed comfortably but that didn’t stop me from making connections.

<- Much earlier in my career, but things have changed.

I’ve collaborated with other writers of the opposing PRO affiliation and sometimes we’re paid the same, other times we aren’t. What’s really upsetting is when the BMI affiliate gets paid and the ASCAP affiliate doesn’t due to the ‘Sample Survey’ mentioned above.

Payments are generally sent out every quarter along with your placement sheets.

I do everything direct deposit now, no more paper checks. I find that BMI pays a few days to a day ahead of schedule.

Which PRO IS Easier To Sign Up With ASCAP or BMI?

The signup process for both of these companies takes a few minutes to do on their websites. It will take a couple of weeks to a month to receive your packets in the mail.

The fastest way to make a payment is by using a credit card. I had a session player who mailed in a money order and he didn’t get his membership activated for close to 3 months it was a bit ridiculous.

Can You Use BMI and ASCAP At The Same Time?

Yes, if you’re a Music Publisher and or have a separate entity. This way you can sign with one and the entity can sign up for the other.

Signing up for both Performing Rights Organizations would be an effective way of seeing which paid more (BMI or ASCAP).

So Which PRO Is Better ASCAP or BMI?

That’s a hard decision to make. In all honesty, it’s going to come down to personal preference. They both do the same exact same thing, which is, “making sure you’re compensated for your work” (when it’s used).

Both organizations have workshops and benefits but in my experience, ASCAP has more workshops, while BMI has better. That was a huge thing for me when I was looking for which one to join. I like learning and networking.

ASCAP has the upper hand when it comes to cue sheets as they tend to supply cue sheets frequently and you know what’s coming down the pipeline, but they don’t always pay… Something to think about.

Most of my contacts in the industry tell people to go with BMI.

I originally wrote this post in 2012, a lot has changed since then, stay tuned for updates to this post and more in the future. In the meantime, if you haven’t please check out my Music Licensing Case Study.

How To Prepare Your Music For Licensing: Vital Steps