5 Great Vintage Microphones You Must Own 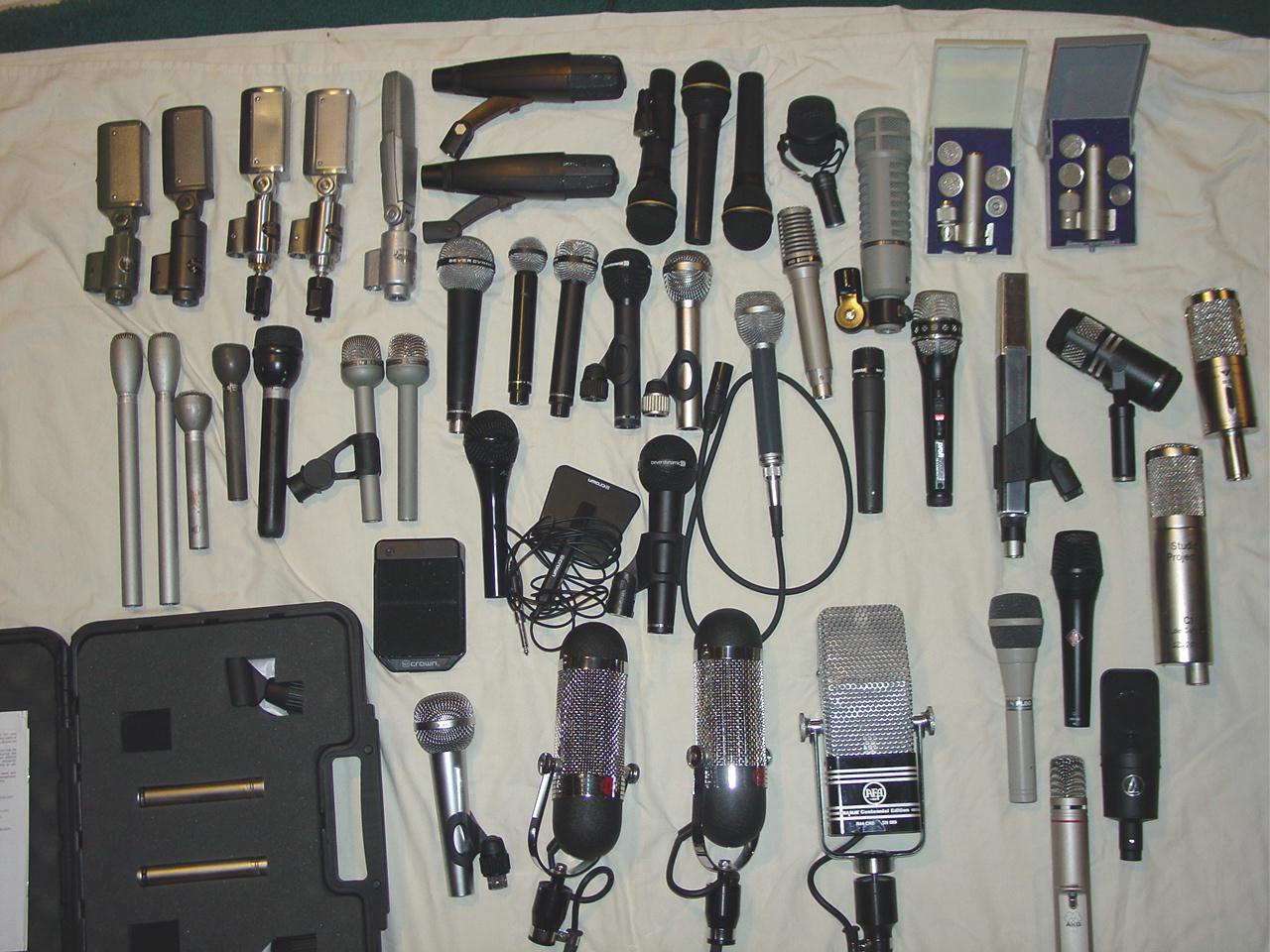 These aren’t all vintage microphones, but they aren’t brand spanking new either. And who knows, by the time you read this, they mic be vintage at that point.

Microphones fluctuate in price depending on model, time of year, promotional, and or the current state of technology. The best place to buy mics (IMO) is online at places like eBay or Amazon. Sometimes, you can find great deals at flea markets.

Regardless of what new mics hit the market, you should focus on a small group of “go-to” mics. These microphones should be standards in the music industry or close to. You want a microphone collection that is versatile enough to handle multiple projects and recording situations.

Good Vintage Microphones To Own

These mics handle a wide range of recording needs without breaking the bank and sacrificing quality. Among this select group of mics, my favorites are the following: Sennheiser MD421, Shure SM58, Shure SM57, Rode NT1/Rode N2, and the Okvtava Mk12

Some of these mics can be purchased brand new but don’t brush off the notion of buying them used. I know some of you are thinking “eh, isn’t that a health hazard?” or “that’s gross, the previous owners had their breath all over it and the mic may smell bad”. Look, if the mic works, sounds good, looks good and the price is right… Get the damn mic!

Mics by Shure and AKG are made with really solid casings, they’ve been in and out of many studios and are built to last. I say if you come across a used mic like an SM57 or SM58 go for it. Especially the 58, it’s built like a tank.

eBay is a really great place for buying used mics. A lot of times you’ll find people who are liquidating their recording studio and most of the recording equipment (mics too) were well taken care of, some rarely used.

I ran into a seller whose uncle left him a recording studio. The kid didn’t want the older gear and sold 5 Neumann U87 condenser mics at $200.00 each. The mics were in mint condition, for the most part, a couple of scratch marks on the body of a few but that was it and believe me… I purchased all 5 of those!

Let’s Talk About More About These Vintage Microphones

The infamous budget mic of all time, the SM58 is the most popular go-to dynamic mic in the game. It producers a good clean sound and it works great both on stage and in a studio environment. Does not need to be powered by a preamp.

The SM58 is known for being used for recording drum kits but to be honest, it can handle any recording task: guitar, vocals, snares (and other drums), piano, flutes you name it, it records it. You can generally find this mic between $50-$80 a pop.

This AKG gem a newer model of the AKG D12 and is the go-to mic for micing kick drums as well as upright basses. If you can find the older D12 go for it (it’s the better of the 2) but if you can’t then go ahead and get the D112. Both mics will get the job well.

70% of the recording studios I’ve been in both older and modern use this mic for micing bass drums as well as tom-toms. The 421 has a nice 5 position freq control switch and is generally around $300-$400 even less for the older models.

When I 1st got the itch to learn about recording in 1999 this was the mic I wanted. I remember it was sky/baby blue and every local studio had it in their arsenal. This mic is now discontinued but is always brought back in an anniversary package of some sort. Granted, this isn’t a ‘vintage mic’ but one that can’t be passed up.

I went to micro center and they had it brand new on their shelves for $220. What makes the NT1A great is its warmth and texture on vocals which compete with mics in a higher price range.

The newer version of this mic is the NT2-A which includes the same warmth and characteristics but with a few more features such as Multiple polar patterns (Omni, cardioid, figure 8), High pass filter (40hz or 80hz) as well as pad (0, -5 or -10db).

Oktava MK012 One Of My Favorites

What I love about MK12s is how versatile they are. They’re good for overheads, sound design, dialog for Tv/Film. Just an all-around good cigar mic (small diaphragm condenser). A lot of people call it the poor man’s Schoeps mic.

There’s a little controversy behind them. The real ones bare the near Okraba and Oktava Mk012. Most of the knock-offs bare the name MC012 vs MK. I say ‘most’ because there are some labeled MC that are indeed authentic. Luckily, the ones I purchased all have paperwork on them confirming they had all been brought to spec.

It looks like Oktava has an Amazon store, check the mics out here or head over to eBay.

More Vintage Microphones Worth Going After

“The Salt Shaker” Altec 633a. This mic was prominent in the 40’s and 50’s good for vocals but works much better on kick and snare drums as well as guitars. You can find this mic for less than $100 most of the time. If you find one get one.

Electro-Voice 666 and yes it’s a BEAST! I’ve seen this mic kicked, dropped, thrown (that’s another story), and still works great (rock-solid casing). This mic is used best for drums, bass, piano, vocals, trumpets, anything! It’s a perfect all-around mic to have in the studio. The 666 can be found on eBay between $150-$200 another mic worth its price – True Vintage!

This vintage mic gained its claim to fame furring the 1960’s when The Beatles Engineer Geoff Emerick used it for the Pepper’s Sessions. It’s really good for vocals (has a British sound) and runs for $200-$300. This was the go-to mic for groups such as The Beatles and Artists like Jimmy Hendrix.

Built like a tank and versatile to a fault, the professional quality EV RE20 has been a mainstay in studios (as well as broadcast facilities) for well over 35 years.

Great on low-frequency instruments such as bass cabs and kick drum, the RE20 also excels as a tom mic and can also be used for recording electric guitar. “For that close, intimate kind of sound, the RE20 is a great vocal mic as well,” notes producer/engineer Robert Margouleff, who used the RE20 throughout Stevie Wonder’s classic Talking Book and Innervisions sessions.

“Because it’s a very directional mic, Steve was able to find its axis quite easily-plus he could sing right up against the windscreen without having to worry about pops or anything.” Includes a bass roll-off switch.

Priced around $400, slightly less for older models.  Alternatives: EV RE11, EV RE15, I’m told this sounds better than the 11 that was previously suggested, Sennheiser MD421, Shure SM57.

Now, I know there are a lot of microphones out there on the market, some even better than what I’ve listed but hopefully this post gives you a good start. Happy Recording!