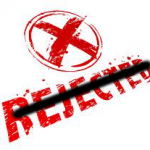 Hey all, here I am with another 90 Day Music Licensing Challenge update. If you’ve been following along you’ll remember a post I made about my demos being rejected as well as why they were rejected.

Here’s a quick follow-up to that post outlining my corrective actions and the results I’ve received from them.

The libraries that rejected my demo due to its length have now been sent full versions of each track (in the demo). I just spiced them up a little. I added an intro, outro, and altered versions of the hook and verse.

I’m actually glad I took the time to rework the demo because it brought forth more ideas, more inspiration. The more inspiration the better can never have too much of it.

Long story short, I re-uploaded the demo and received confirmation emails within minutes. Then it hit me, I didn’t even bother checking for confirmations the 1st go round.

Most of the time the confirmation is an automated response. I was getting so many I just assumed everything went through. So much for assuming.

How’d The Files Get Corrupt?

They didn’t upload completely. Between uploading the demos, project files and updating my site, there was a connection glitch somewhere.

The project files uploaded fine, I’m sure the client would have notified me if there was an issue. I took a little time to go through my server logs (uploading history) and found 6 files that were incomplete, each 50-70 megs.

Now, I’d expect this issue with the project files because they’re a lot bigger (1-2 gigs each), not so much with smaller files, but what can you do? These things happen.

In short, a handful of libraries have now accepted my demo and sent over their licensing contracts/terms. Most were even willing to confirm and give feedback instantly via phone/Skype.

There was a little manipulation with this process. I contacted the library(s) and told them I had issues uploading in the past and just wanted to make sure that everything went through smoothly. Not really manipulation, but more so taking full advantage of my situation.

This was perfect because It put them in a position where they had to listen to the demo. Well, they didn’t have to, but they did. The next step from there was for them to send over contracts and terms.

Most did this while I was on the phone with them. No reason not to, they’re already at the computer (listening to the demo). Now, I wasn’t able to get everyone on the phone, but will over the next week or 2.

Do understand, these companies have a lot going on. Just because someone has a phone/email doesn’t mean they’re a slave to it.

7 thoughts on “Music Licensing: Bouncing Back From Rejection”